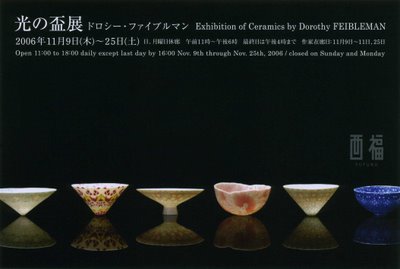 Dorothy Feibleman will be having a solo exhibition at Yufuku in Tokyo. 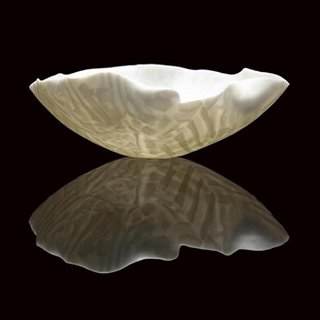 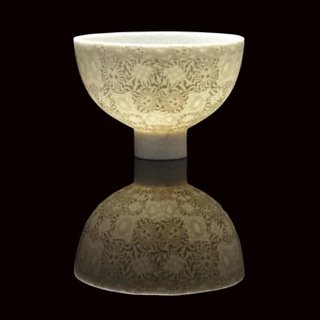 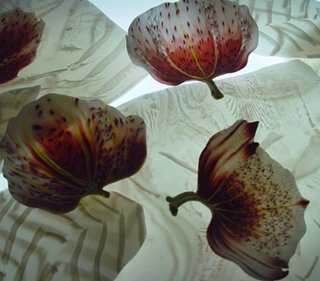 Who is Dorothy Feibleman? 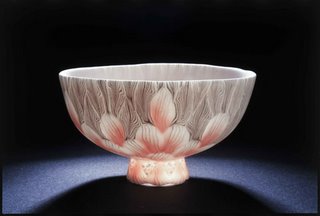 Dorothy Feibleman is one of most experimental porcelain artist in the world. She started working with colored laminated clay (Nerikomi or Neriage in Japanese words) in 1969. In her work, different colored porcelains and clay bodies are laminated together in such a way that every change in color, texture and translucency is structural.


These forms are also dependent on the movement of the above elements in the construction, drying and firing. Since 1995 the artist has been working almost exclusively with white clays with varied translucency and color. During a special translucent tile project 2001~ at Jikken Kobo, Inax, Tokoname, Japan, Feibleman developed new translucent porcelain and zogan processes for industry and a new translucent clay body that fires in a roller house kiln in one hour. As a result of the research, she made the largest, thinnest translucent nerikomi zogan studio pieces to date. 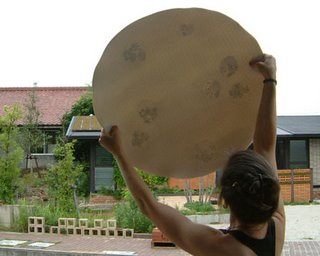 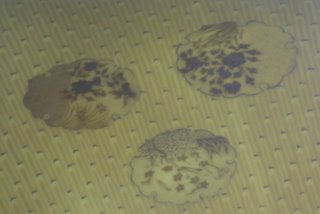 Detail of the large platter which she holds (above)
In 1973, she moved to England and set up her first studio. She divides her time between England and Japan where she has been a guest artist at Inax, Tokoname, Shigaraki Ceramic Cultural Park, Shigaraki, in 1997 and 1999, and Seto Ceramic & Glass Center, Seto City in 2001.

She set up her own studios in Tokoname, Japan. She has given lectures, demonstrations or taught at Kyoto Geidai, Tokyo Geidai, Tsinghua University Beijing, PRC, Jingdezhen Art University, PRC, and Rhode Island School of Design, RI, USA. Windlesham House School, West Sussex, United Kingdom. She has participated in many exhibitions internationally. Her works were included in a number of public collections including Victoria and Albert Museum, London, England, Stuttgart Museum, Germany, Metropolitan Museum ofArt, New York, International Ceramic Studio Museum, Kecskemet, Hungary and Museum of Contemporary Ceramics, Shigaraki, Japan. She has been featured in several publications including Ceramic Monthly Magazine, Dictionary of British Studio Potters, and The Studio Potter.
Posted by H at 09:23 No comments:

All photos and texts belong to Dorothy Feibleman and
all copy right reserved. Ask us permission if you would like to link this blog.